Team Diversity: Are You Building A Good Or Great Team? 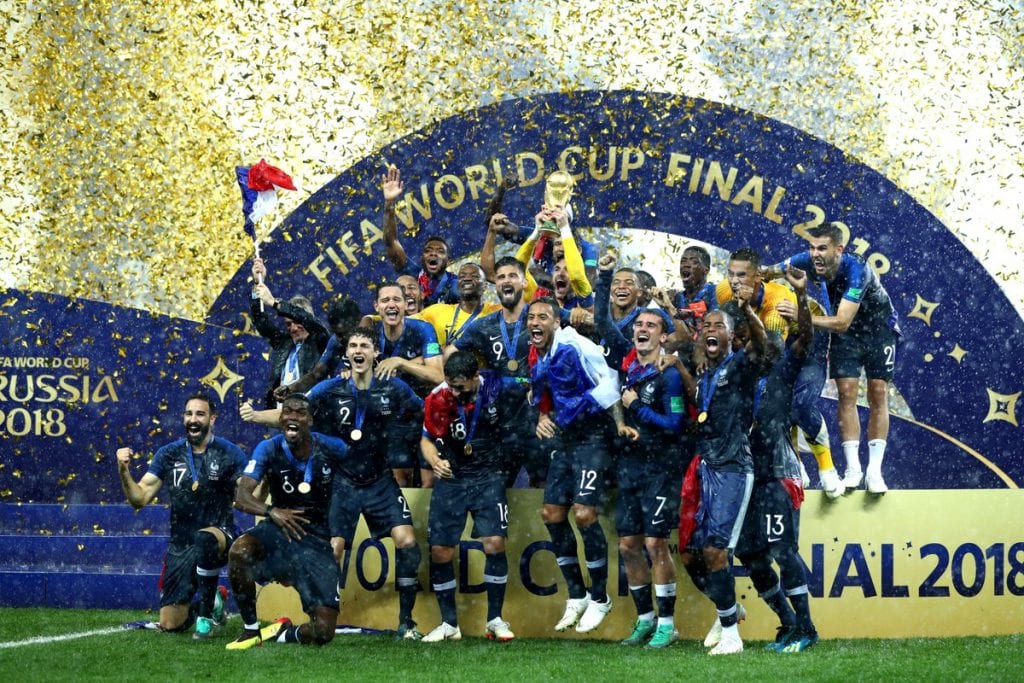 TEAM DIVERSITY: ARE YOU BUILDING A GOOD OR GREAT TEAM?

By now, you certainly know that France won the World Soccer Cup 2018, with an amazing team of particularly young and also diverse team. Les Bleus (that’s how we call the French Soccer Team) had an indisputable ascent up to the final match where they easily won 4-2 against Croatia, another amazing team extremely motivated with great players. Mbappé, the 19 year old French attacker was the first teenager to score in a World Cup Final, 60 years after Pele.

You may have also noticed multiple discussions on social media whether the French team is to be considered as diverse to start with, since the majority of all non-white players are born and raised in France. This article is not going to debate the latter question, assuming that the team France is diverse at least according to the definition and the common perception of diversity in the US. More precisely, the diversity I will be referring to in this article, is not just the diversity of race and ethnicity, but also gender, age, education, industry, profile and geographic location.

Let’s say you are looking for your co-founders: Would you look for someone with the most similar profile to yours in order to have a great understanding and easy communication, or rather someone with a very different background and different profile with different experiences so that together you can solve bigger problems and complete each other? The easy comfortable solution is to gather lookalikes around oneself for easy communication and easy understanding. Most male founders look for a guy (same gender) from the same Engineering or Business school (same academic knowledge, same age), with who they have worked in the past (same industry). Even VCs brag about a strong team who know each other for many years! That’s mostly because VCs are scared of founders’ fights more than anything.  They tend to think fights among founders are less frequent when they know each other for a longer period, which is not proven to be true. The reality is that this team is missing the experience of other industries, other geographies and cultures, other educational backgrounds, etc. Multiple studies have proven one after the other that Diverse teams perform better: to cite one of them, Mc Kinsey report 2015 on 366 public companies found that companies with diverse management teams were 35% more likely to have above average financial returns.

Silicon Valley has overcome the ethnic discrimination thanks to a large number of success stories of Indian, Chinese, Iranian and other immigrants’ entrepreneurs, but there is still a huge ongoing discrimination for gender and age.

Diverse teams are pushed to overcome challenges of different ways of working , thus constantly questioning if you are doing things the right way and always confronting ideas and picking the best. They are forced to fact based decision making, results based recognition and merit based compensation with less politics involved. They are also attracting a larger variety of people from outside, whether as talents to be hired, customers to be acquired, or investors to be brought in.

The same applies to sales teams. Too often we see sales teams with a large number of sales reps coming from the same previous company. That’s often considered as the easy comfortable way to scale up the team.  If you are hired as a VP of sales or even a small team Sales Director, instead of cutting your territory and attributing it equally to each rep, you would be smarter to first assess your team, find differences, and leverage those differences towards immediate growth. Give existing customers with ongoing issues to your farmers and problem solvers. Assign new territories to your hunters. Make those who are better over the phone inside reps.  You need both hunters and farmers, inbound and outbound reps, direct and indirect sales, inside or filed reps, etc. It’s much faster to adapt your sales organization to your team’s skills, when possible, than to develop skills in an existing team or to build a new team. You can always progressively change your organization later as you develop skills in the team and hire new profiles. It’s also faster to recruit great candidates if you have a spot for different sales rep profiles rather than looking only for a specific profile such as aggressive hunters who are already experts in MEDDIC Sales.

“Homogeneous teams may be GOOD, but to be GREAT it usually takes the team to be Diverse, just as Team France in Soccer.”