A POC (or a POV) Is A Ceremony 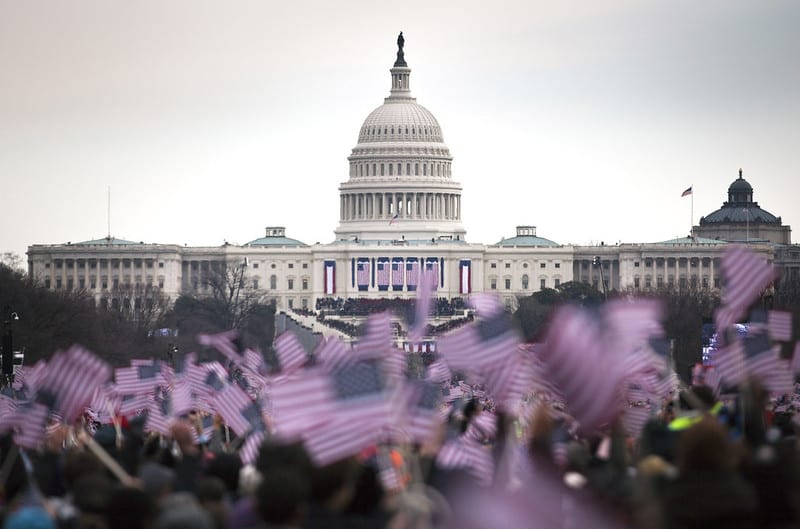 What if I told you that a highly competitive POC (Proof of Concept), aka POV (Proof of Value), is more like The Presidential Inauguration ceremony than the NFL Super Bowl match? Think about it for a minute. Is a POC, a trial, or a pilot project in an enterprise sales context, a match between competitors, or a ceremony? “A Ceremony?” you ask. Right! Let’s take a look.

In Enterprise sales, when the customer wants to make a decision that will economically impact them, they usually need a technical validation process as part of the decision process. Depending on your industry, the length of the sales cycle, and the size of the deal, the technical validation could be different. It could be anything like a custom demo, a benchmark, a trial, a pilot project, or a proof of concept (POC).

This technical validation is critical for the customer to feel comfortable that the chosen solution does resolve the problems they are considering a purchase. There is a lot to say about the type of validation you should accept. For instance, a trial with no control on how the customer is running should obviously be denied in Enterprise Sales; it works for transactional, high volume, low price sales, but not enterprise sales. However, the conversation about the right “validation tool” for your business will have to wait for another blog post. Buyer runs pre-selected vendors, often two, sometimes three, into the same validation test. We use the term POC for this validation test. Now let’s get back to our ceremony.

1: a formal act or series of acts prescribed by ritual, protocol, or convention – the marriage ceremony

2 a: a conventional act of politeness or etiquette – the ceremony of introduction

b: an action performed only formally with no deep significance – the custom had probably been long a mere ceremony— C. Thirlwall

c: a routine action performed with elaborate pomp – the weekly ceremony of giving out the wages to the help

3 a: prescribed procedures: the ceremony attending an inauguration

b: observance of an established code of civility or politeness – opened the door without ceremony and strode in

The Super Bowl vs. The Presidential Inauguration Ceremony?

A great example of a ceremony is the US Presidential Inauguration. It is a necessary step to formally acknowledge the transition of power to the newly elected President. It’s a ritual, a convention, a protocol. The event has to take place. It even includes an oath mandated by the US constitution. It happens towards the end of January of the year following the presidential elections which take place in early November. In other words, the ceremony takes place more than 2 months after the elections. The “decision” is already made. People have already elected the President. There is no surprise. It’s definitely a solemn moment but there is no suspense related to the outcome. We already know who’s the President before the ceremony, right?

Super Bowl, on the other hand, has an unknown outcome. Everything may happen during the match. Although the Super Bowl is also followed by a ceremony to celebrate the results, the outcome is not known ahead of time. Of course, fans of each team have predictions about the outcome but no one knows for sure who will win. Both teams work hard, go through extreme preparation, and are mentally ready to experience victory or defeat. Players enter a non-tilted flat field. Referees are watched by millions. They have no other choice than to make fair decisions, to the best of their abilities. Their future doesn’t depend on the outcome of the match. Players fight hard to win the match and if there is anything, even minor, which is unfair, and not sanctioned by the referees, it will be all over the media.

When you are a junior sales rep, you may think that your proof of concept is like the Super Bowl. You may naively think that there is a flat field, that teams have equal chances to win, and that they received the same preparation ahead of time. With a few years of experience and a few defeats in your records, you end up learning that it’s rarely the case.

The reality is that the rules of the games are different each time and they are written in the decision criteria. Also, human beings are naturally biased. The Economic Buyer and the Champion are not referees. They have skin in the game. Unlike the Super Bowl referees, both the Champion and the Economic Buyer are totally and justifiably biased. It’s normal. The champion’s future career depends on the outcome of the game. The Economic Buyer’s objectives and bonus depend directly on the result of the game. As we cover it largely in the Decision Criteria part of the MEDDPICC courses, the playing field is often tilted. You better make sure it’s tilted in your favor and restrain from playing if you notice it’s not.

In the mini-course about the Champion, we see that having a strong champion is key to winning; you better have an influential champion on your side or postpone the match. A strong champion and favorable decision criteria are key to winning. Neither your solid relationship with a champion nor the favorable decision criteria are defined during the POC or any technical validation. They should be known and validated PRIOR to the POC. The scope of the POC needs to be defined and KPIs need to be targeted, monitored and measured.

You need to agree with your client about how good the metrics should be, to consider the POC successful. More generally you need to agree upon the success criteria for the POC. Otherwise, it’s like going to the Presidential inauguration ceremony without knowing that elections took place a couple of months before and the outcome is known to everyone (except you).

The POC is a Ceremony

When you understand how MEDDIC works, you know that a POC needs to be set up with the help of your Champion without any unknown or risky elements. It needs to leverage the value triangle. The POC needs to establish metrics that will allow the champion to build the ROI pitch and be used at the meeting with the Economic Buyer all the way through the Decision Process. It needs to establish that your solution clearly alleviates the Pain.

Since all this is done PRIOR to the POC, the POC becomes a protocol, a ritual, a ceremony. Both you and key stakeholders at the buyer know this when you start the POC. Just like the officials walking into the Presidential Inauguration event scene. Planned steps of the ceremony unroll one after the other all the way to the end of the ceremony. Observers and stakeholders take pictures and videos while celebrating the moment.

Just as the Presidential Inauguration is about celebrating the event, the buyer is using the POC as an event to justify their decision. The POC leads to the documentation of the metrics proving the validity of the solution and solving the client’s problems. You and your champion will be documenting the POC results, and the observed METRICS to move ahead with the decision and get ready for the implementation. You move to the next step in the decision process and ultimately close the deal. The POC is needed for this same purpose.

Don’t rush into a POC, a long custom demo, a long trial, a benchmark, or a pilot project without:

Did you just perform a POC? Congratulations! 😉